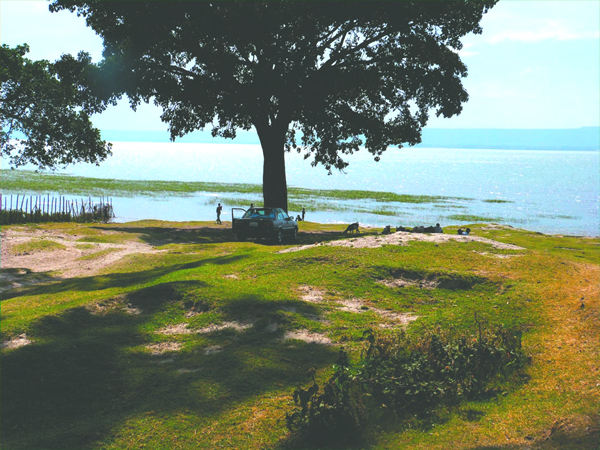 This past week, I took a  four-day trip to the southern city of Hawassa. Going by bus, the journey took about 5 and a half hours each way. Before leaving, I can't say I knew much about the city or its environs. To be more precise, I had heard from friends that it offers beautiful countryside scenery, there is a lake, and lots of animals. Sounds nice, but not very telling of the deeper culture that defines the city.


I also knew from doing some rudimentary research that the city is part of the homeland of the Sidama people, an indigenous culture of the region. But that pretty much summarizes my knowledge of Hawassa prior to embarking on my journey. Scarce at best; I was in for many surprises.

When I reflect at the image I formulated in my head of Hawassa before arriving in the city, I see a picturesque postcard image of a vast lake, sprawling hills, and an abundance of flora and fauna. I also envisioned circular huts, dusty roads, and marketplaces showcasing local culture and crowded with villagers dressed in traditional clothing styles. Looking back at this image, I see a plethora of foreign perceptions of the African countryside. It pretty much confers to the images many foreigners hold of Africa: rural villages, wildlife everywhere, and ancient cultures living in isolation from the rest of the world. This is the image we see portrayed frequently in the media and the inheritance of millenia long misunderstandings and misrepresentations of Africa. It also comes from our ignorance of the multitude of cultures, landscapes, and lifestyles that bring life to the continent and contribute greatly to its status as one of the most diverse continents on earth. Though Africa has  plenty of rural villages, unique wildlife, and centuries-old cultures—all of which are part of the beauty and charm of the continent—there is a growing and ever-changing urban world that is contending for a place in media representations and broader perspectives of Africa.

Hawassa is a perfect example of the amalgam of urbania and rural space that is increasingly defining African cities. Upon entering the city at night, I was quickly confronted with the fallacies and limitations of my preconceptions. Nowhere did I see endless expanses of nature and huts construed of raw materials, though I had seen a few such images scattered along the journey to the city center of Hawassa. I was also surprised to find that the lake, from which the city takes its name, is not visible from every corner of the city and that the actual downtown area resembles the capital city of Addis Ababa more closely than a scene from The Lion King.

My second day and the following days I spent in Hawassa, I was able to enjoy the sight of Lake Hawassa and the natural beauty surrounding the city. Though these areas of pristine nature compete with the expanding business district and urban sprawl of the city they still remain. A visit to the lake reveals its ongoing importance to the people who live in Hawassa. The fishing industry is a livelihood for many and seafood from the lake features heavily in the local cuisine of the Sidama people. The lake is also the habitat of an array of bird species which dot the local landscape with their variety of size and color. Situated about 1700 meters above sea level, like the capital city, it is ensconced by rolling hills and valleys. With the rainy season over, the terrain is a fertile green color speckled here and there with bright yellow Meskel flowers.

This is the untampered vision of Hawassa, and more broadly Africa. While it is certainly accurate of many areas, it represents only one side of the city and continent at large. According to a 2007 Census conducted by the Central Statistical Agency of Ethiopia, 61 percent of Hawassa's roughly 258,808 inhabitants are urban dwellers while around 0.24 percent remain pastoralists. The other 38 percent presumably work and live in a world where clear-cut definitions between rural and urban are harder to shape. These statistics are symbolic of many African communities whose lifestyles and living spaces are rapidly changing as the influx of foreign influence and the legacy of long-standing traditions seek to find harmony with each other.

In the midst of all this change, there is a growing interest in Africa, and Ethiopia in particular, as a travel destination. And yet,  a look at any number of travel brouchers and websites catering to  travellers in Ethiopia exposes the tendencies to market the country's historical circuits and natural landmarks while bypassing its lesser known cities and countryscapes. I suppose this is to be expected with any travel guide, but it seems to be prevalent in travel literature on Ethiopia to an alarming degree. Beyond the well-known historical circuits, too little seems to be written about Ethiopia's less-travelled paths. Though this is gradually changing as more people visit and are exposed to the country through media each year, there is still much to be explored of Ethiopia's cities in transition. Hawassa, and other cities like it, offer an interesting glimpse of human populations and environments striving to find a balance between the new and old. While they may not bestow a country's most heralded historic treasures, they certainly leave visitors with an image of Africa that is more complete, more complex, and more colorful.

In reading some of the most popular travel literature on Ethiopia I came across a quote from the well-respected Lonely Planet series, which is featured on their website, and which pleas for a more open-minded approach to experiencing Ethiopia's potential as a travel destination. The Lonely Planet guide exclaims to travellers to and throughout the country that “You don't explore Ethiopia for a relaxing getaway, you venture here to be moved. And moved you shall be.” As I sat on the bus ride back to Addis Ababa from Hawassa, staring out at vistas of countryside and city, I realized the truth in this statement. Hawassa has taught me the value in not allowing perconceptions and expectations to impose upon the opportunities of discovering something new. It is these moments of insight and new understanding that stick out in my mind as more memorable of my trip than any postcard-worthy image could capture of Hawassa.