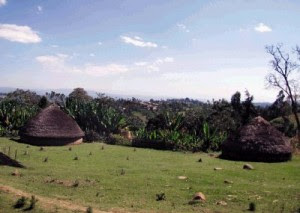 “Eye opening,” is the sentiment of 12 East Texas Baptist University students who experienced a 10-day mission trip to Ethiopia during the Christmas break.
The journey from campus to Bona, a small village in southern Ethiopia, was the first ETBU student trip to the area. The final leg of the journey to arrive in Bona was a five-hour bus trip, with the last four traveled on a very bumpy, dirt road. The ministry trip had more than 90 hours of travel. 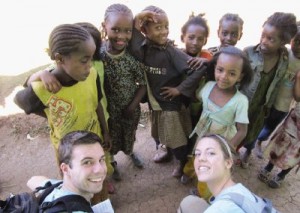 ETBU Assistant Professor of Religion Elijah Brown, along with his wife, Amy, accompanied the team of students to Ethiopia. Brown said it is difficult to put into words the different lifestyles that one finds in the various places of the world.
“On the Sunday the students were in Bona, they visited a family that lives in a small one- room hut,” Brown said. “There was very little separation between the parents and the six children. The kitchen area consists of a fire to cook over. At night, the family brings their cows inside the hut with them. Can you imagine sleeping at night in that kind of environment?”
“This was my first trip overseas,” said Breann Whitaker, a sophomore from Caddo Mills. “It was really eye opening because, when compared to the possessions that most college students have, the Ethiopians have very little. They are not worried about material things. I thought I was going to be very sad while I was there, but their happiness is really contagious.” 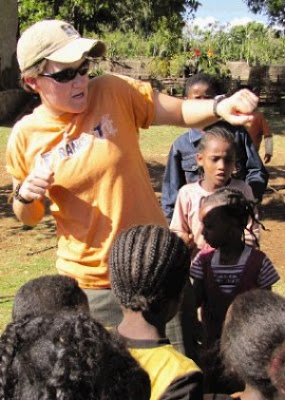 “The people of Ethiopia are so welcoming, warm, joyful, and thoughtful,” added senior Jordan Langford of Wellington. “Our main objective while in Ethiopia was to bring honor to God,” said Alisa Roberts, senior from Sherman.
“On the trip, we did a VBS at the Bright Hope Buckner School in Bona for about 400 children. We split in different groups, using a rotation of Bible study, crafts, recreation and health stations,” said sophomore Onisha Bradshaw of Garland. “I was on the crafts team, and it was amazing seeing little children using a crayon for the first time.”
During the Bible study time, the ETBU students used translators to help them teach through the first 11 chapters of Genesis.
Roberts reflected on her Sunday attending church in Bona. “I will never forget the experience. During the worship time, the congregation literally jumped and danced in praise of Jesus. At that moment, it hit me that we were all part of the body of Christ, and even though I could not understand them, we were worshipping the same Jesus. And some day in heaven we will be united together in praise of the lamb.”
“I say frequently, you have not really worshipped until you have worshipped in Africa,” Brown added. 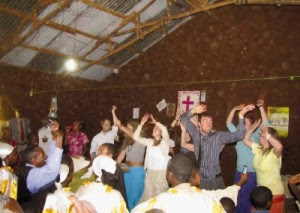 “The people of Ethiopia are so different than me and live halfway around the world from the ETBU campus, yet we believe in the same God. God is doing so much in the country of Ethiopia,” said Lucy Elston, a junior from Mansfield.