Debub Global to start in January 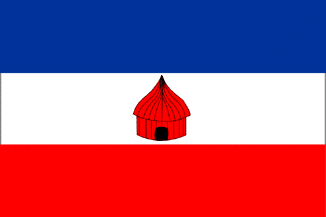 Debub Global Bank is to become the newest entrant to the banking sector in the new year. According to an official of the bank, 286 million birr of the 300 million birr it had planned to raise as subscribed capital has been locked so far and they have managed to sell about 150 million birr in paid up capital. Shares amounting to 5,481 have been purchased and presented to the National Bank of Ethiopia and are awaiting signature and verification from shareholders.
The official said that the bank, which had a general assembly meeting held in the presence of NBE officials on September 20, 2010 at the Addis Ababa Millennium Hall has nominated some 30 potential people to sit on its board of directors; which will make up a dozen seats.  He also said they have been waiting for six months to start banking operations after fulfilling the necessary criteria.
It is also done to avoid the controversies that happened recently in other banks that have been accused of nepotism and favoritism in their Board of Directors' selection process.
NBE has so far screened the potential board of directors based on the number of votes given to them at a General Assembly meeting as well as looking at their credentials. So far eleven people have met the criteria for selection.
Worku Lemma, former vice president of Oromia International Bank who was replaced by Abe Sano has recently been approved by NBE to become the founding president of Debub Global Bank Share Company.
The bank published the names of shareholders who have shares ranging from a hundred thousand birr to 15 million birr, which is the highest threshold allowed for a single individual.
Debub Global Bank S.C. and Enat Bank S.C. are the two banks under formation who are exempt from the recent NBE directive which stipulates banks under formation should have at least 500 million birr paid up capital to start banking operations. Debub was allowed because they were already formed before the new directive.
The official also said that although the bank plans to open branches and banking operations all across Ethiopia, its particular focus area is southern Ethiopia. They feel that there are many untapped resources there for investment. He further said Addis Ababa residents have bought the overwhelming numbers of shares offered by Debub Global because they understand the investment potential of the area and are keen to invest there especially in trade and investment.
Debub Global Share company was formed in August 2008 in accordance with the1960 commercial code and the 592/2000 proclamation regarding Ethiopia commercial law and banking operations.
Among its main promoters are the famous Athlete Haile Gebreselassie, Simon Mechale former head of Disaster Prevention and Preparedness Agency and representative in Ethiopia of World Food Program (WFP) and Food and Agricultural Organization (FAO), Daniel Mamo from DMC construction, Alemayehu Ketema of Alemayehu Ketema General Construction company and Mustefa Awol of Mulege Private Limited Company.
It also has among its advisers Abate Kisho, former president of the Southern Nationalities and People's Regional states (SNNPRS) and Tilahun Abay former president of the Commercial Bank of Ethiopia (CBE).